My mom likes to tell the story of when she and Dad decided it was time to jettison the couch we’d had my entire life — which was, then, a whole six years, I think. Struck by the beloved object’s approaching tragic fate, I proclaimed: “That orange couch never hurt anybody in its life!”

I will not reveal whether or not that is true of the orange couch featured in Benjamin Parzybok‘s Couch. Early on, the book is about three semi-slacker Portland roommates — a disaffected cult-hero programmer, a small-time con man, and a hippie visionary — who need to move a couch. Very shortly thereafter, the couch-moving, and the book, go sideways and unexpected and enchanting.

I’m late to the party on this book, despite living in the same town as Mr. Parzybok, and having fond memories of the first time I sighted one of his Gumball Poetry Machines. Couch came into my life as part of a big Small Beer Press order I put in near the end of 2009, when they were having an important sale. (Incidentally, they are still having the important sale and you should buy some books from them.)

Anyway, back to Couch. I liked this book a whole lot, and fell into the story in a way that’s increasingly rare for me these days due to double-tracking. A few reasons why: 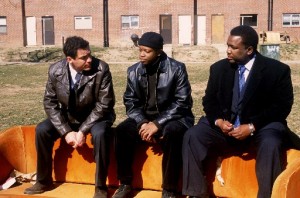 Wonder if my early imprinting has anything to do with it.

Book recommendations from the BGL retreat

And Now We Are Going To Have A Blog Entry