More tips on writing comics: what artists wish you wouldn’t do, part three

Hey it’s time for another post of things comics writers do in their scripts that annoy artists! I’m slightly cheating this time by including a couple of writers, but they’ve both also been artists, so it’s okay.

And in case you missed them, here are the other recent comics-writing-related posts:

Getting a robot to make you a sandwich

What artists wish you wouldn’t do, part one — Ron Randall

What artists wish you wouldn’t do, part two — Dylan Meconis 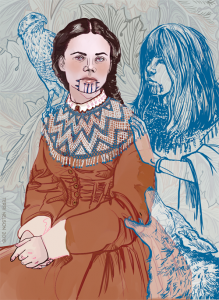 Terri Nelson could do without: “Characters who just talk in expository text for pages, with no instructions to cut away to voice-over to show what they’re talking about, just different shots of the heads, talking.” 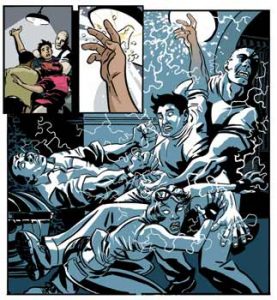 Jeff Parker anti-recommends: “I can’t stand when a writer has characters talking about “being bored!” right before the exciting thing happens. You’d think it would be too cliched to even go near, yet I still see it being done all the time.” 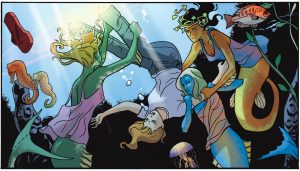 David Hahn and Paul Tobin initially disagree, but come to a resolution:

DH: Writers should avoid self indulgent or personal fetish material in scripts, such as characters’ fashion sense or personal traits, if it doesn’t do anything to move the story forward or add relevant material to the story.

PT: I would argue that a character’s fashion sense is relevant 100% of the time. 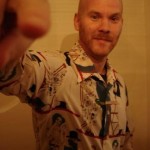 (Sara agrees. Also, Sara covets various of Paul’s vintage shirts, including the one pictured above.) 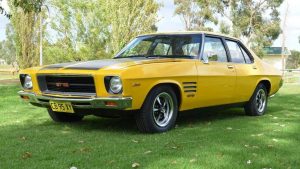 PT: I can totally agree with that. It’s fine to say things like, “She dresses well, and prefers the go-go fashions of the sixties,”…. but if a writer is going to get specific (she dresses exactly like Twiggy in the 3rd sketch of her fourth appearance on Laugh-In) then have a specific reason related to the plot. And, really, if you’re calling for specifics, don’t have the artist do all the research… either direct to a proper link, or drop in a photo.

Thanks, Terri, Jeff, David, and Paul!

Storyteller: Writing Lessons and More from 27 Years of the Clarion Writers’ Workshop by Kate Wilhelm