More tips on writing comics: what artists wish you wouldn’t do, part two

Here’s the second installment of tips for novice comics writers, from Dylan Meconis, artist of Family Man and my once and future collaborator. (On Click, and also on a story for an Anthology To Be Named Later that I am quite excited about.)

1) Don’t say “Have fun with this!” Unless the writer actually knows what I find fun. “In this panel, we see an elegantly-dressed 18th century intellectual riding a dragon” would, for me, be fun. For somebody else, eye-stabby.

2) Don’t use endless film-speak. I don’t know what a rack shot is, nor should I have to.  Describe it in human language. “Shot,” “close-up,” basics such as this are okay, but can lead to accidentally starting to write a screenplay, which results in multiple-action panels like you’ve already described.

If you’re going to steal from another writing format, I actually suggest play scripts, which will keep you from slipping into filmic thinking and give you a good idea of how to be expressive and clear but largely stay out of the way of the person who will be expressing the final form (the actor, the artist).

3) Don’t use narrative text that replicates action or describes imagery that would be more striking if left wordless. “The desert sand swirls around Eduardo’s ankles, reminding him that he is utterly alone in this vast landscape” is okay in a prose piece, kind of insulting to the artist in a comics piece. You can get that across in a couple of well-drawn, atmospheric panels. One panel, even, if the artist is on their game.

In general, I discourage writers from using descriptive captions (beyond “Chicago, 1920“) unless it really adds another dimension; an unreliable narrator recounting events differently from how we’re seeing them, evocative verses from the epic poem that this comic is adapting, etc.

A really hilarious screwup I’ve seen is to have no captions throughout a book except for ONE INSTANCE where the writer just chickened out and plopped one down.

4) Often in comics you need less verbally-expressed acting (and therefore fewer actual words) in the dialogue than you would in a prose project, because the characters will be visually expressing the emotional/personality content of what they’re saying.

However, beware a character going through two emotional beats in one panel of dialogue:

Because inevitably it seems like she’s reacting inappropriately to one of those beats.

5) “The dawn light glints off the spokes of a thousand bicycles in downtown Shanghai…” No. No, it does not.

6) Don’t dump a script about a rampaging giant robot in the lap of somebody whose portfolio is full of chatty comics about cute girls. If you’re lucky enough to know who your artist is before you write the story…write a story with that artist in mind. (Or, at least, pick an artist who can handle it.)

If somebody has an overall strong suit – they do great action scenes, they can handle character nuance, they’re good with drawing technical stuff – you can sometimes challenge them with unusual subject matter, so long as it still plays to that primary artistic strength.

7) If you’re writing about a weird topic, give the artist some reference sources. Don’t assume they’ll be able to Google their way straight to the crazy-specific thing you’ve written into the story.

Jim Ottaviani gave me a story about a behavioral scientist in the 50’s who experimented on a specific breed of monkeys. He sent me a CD loaded with old CBS specials on the scientist in question, scanned photos from a book about the guy, pictures of specific locations at the university in question, and, of course, the monkeys. Not to say I didn’t do any additional research to make it through, but getting that initial info-dump was great. He didn’t expect me to replicate everything perfectly, he just gave me enough to come up with evocative images and give me some clues on where to find further material. 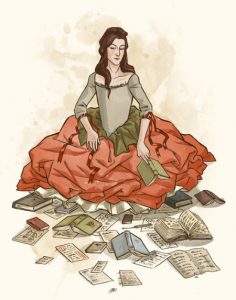 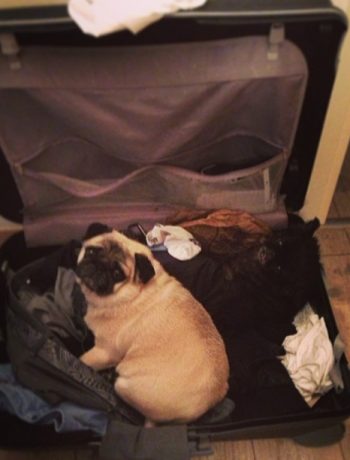 When you’re not at the party