Books I received as gifts. 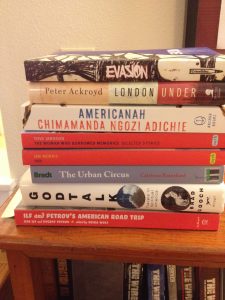 Books have always been my favorite items to give and receive. This holiday friends & family presented me with the following:

If I don’t post again before 2015, the above should explain why.