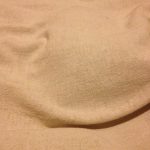 The lump in this photo is my cat in his current favorite location, under blankets. Which, right, technically is not subterranean per se as he is not actually underground, but work with me. Things are happening below the surface.

Have been reading Hilary Mantel, late onto the Cromwell trilogy bandwagon (and how amused her version of Cromwell would be at the notion of a “Cromwell bandwagon”) delighted by its nuance and sweep. Evocative prose on a sentence-by-sentence level, incredible command of the setting and giant cast.

Have also been reading Diane Ackerman, specifically Dawn Light, and appreciating her close and lovely observations of the natural world & the seasons (not really separable, I suppose, which is part of the point). Not a book I would have sought out, but when it appeared unexpectedly, it seemed only right to pick it up.

It’s a quiet January, getting things done & trying to be grateful for what’s possible rather than regretting what isn’t.

In which I am an unpaid shill