I saw the excellent Alien She exhibit, a look at the impact & influence of Riot Grrrl, not once but twice. The first time my friend and I obeyed the sign that said no photography. When I came back with another friend, the person who took our coats & my backpack said “Don’t forget your cameras!” Hence the photos below.

My favorite part was discovering Allyson Mitchell‘s work. These first several images are from “Recommended Reading,” hand-drawn wallpaper of queer & feminist texts (and the occasional object, e.g. Hothead Paisan coffee mug), many familiar, several of which are on my own bookshelves. I think these drawings are also part of “A Girl’s Journey to the Well of Forbidden Knowledge.” Mitchell describes them on her website: “These laborious renderings pay homage not only to the Lesbian Herstory Archives, but to all feminist presses, bookstores and libraries that have worked valiantly to advocate for the significance of women’s stories, histories and acts of resistance, often in the face of sexism, homophobia and financial constraints.”

I’m fairly certain that commodification is not the point but am compelled to say that I would totally buy this as actual wallpaper. 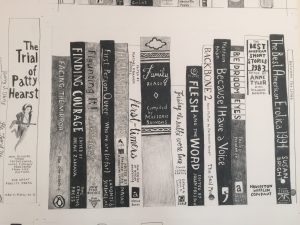 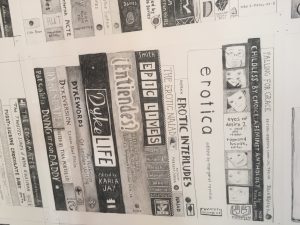 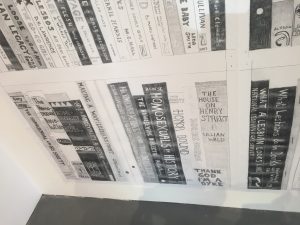 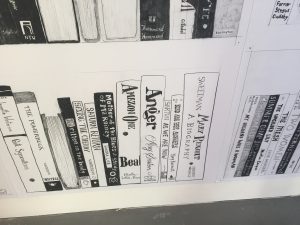 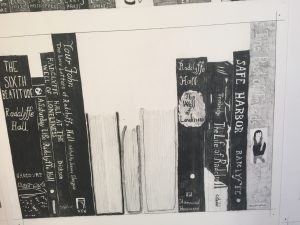 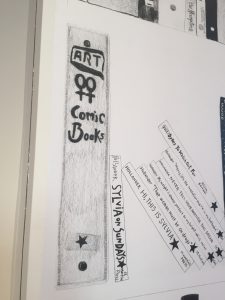 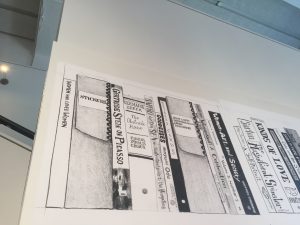 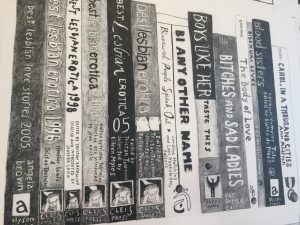 The exhibit also featured some of Mitchell’s Ladies Sasquatch and their small pink companions. 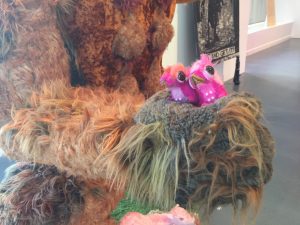 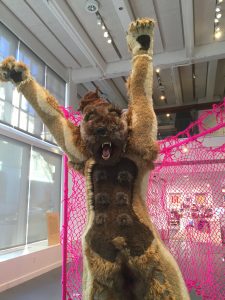 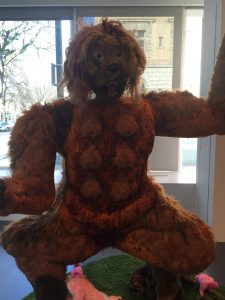 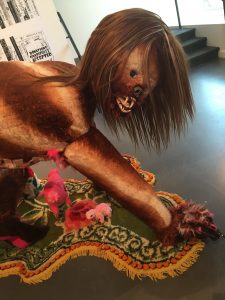 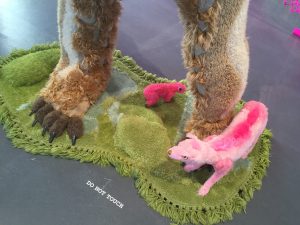 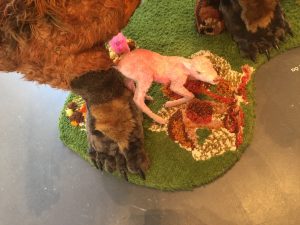 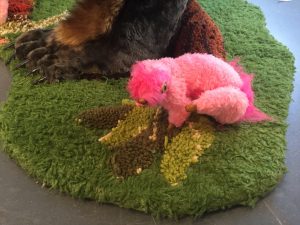 It’s only up until January 9th, so if you’re in Portland I recommend you get to it before it closes. I also quite liked the Big Miss Movieola/Joanie 4 Jackie videos and zines in the exhibit, though I simultaneously felt irritated at my past self for not knowing about the project while it was in its heyday. (I’ve never wanted to make movies, but the idea of getting video chainletters from women filmmakers sounds excellent.)

Other highlights of the year so far:

Finding an excellently warm and water repellent Irish coat at Rerun for twenty dollars, which became forty-four cents with my consignment credit… 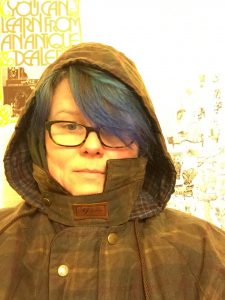 …right before the snow. 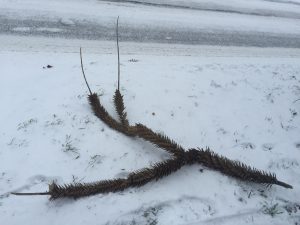 I got a special named after me at Handsome Pizza and I can report that it is extremely delicious: 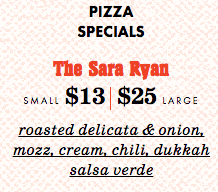 And last but certainly not least I’ve been making my “Session Target” wordcount progress bar turn green in Scrivener. More like this, 2016.

January 3, 2016 By Sara
Not really a year-end post The worst question you can ask a writer.

Late onto the bandwagon as usual