Seems like the more I prioritize it offline, the less I do on.

But I’ve enjoyed the various instances of the 2006/2016 meme that have come across my feeds, so here’s a version of same. 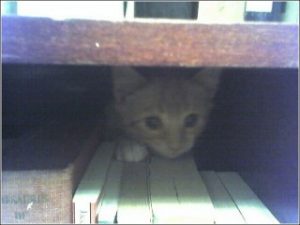 Had braces. Went to my first BG Literary retreat. Had a LiveJournal, username “thisisnotanlj.”

2016: Working on novel which will likely have a different title by the time it’s done, therefore I won’t share its working title. Plus some comics which may also end up with different titles than their working titles therefore ditto. Had an essay published in The V-Word. Went to my tenth BG Literary retreat. (Can that be true? I think it can.)  Taught comics writing in Denmark. Mourned, organized.

Selfie after most recent haircut with same stylist/friend as 2006:

Basically the same pose and also yeah I’ve had variations on the same asymmetrical haircut for more than a decade, fight me.

And here’s 2016 Snag, as recently documented by Jay Edidin: 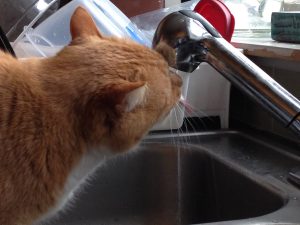