So Father’s Day, for me, is a day to think about how much I miss my dad.

I have lots of days like that, only rarely underscored by national celebrations, and on those days, I often read Dad’s writing. Sometimes, like today, I choose to share it with the Internet.

Here he is at 27, fourteen years before he’d become a father, writing in his fanzine Bandwagon about his irritation with holidays manufactured by special interest groups:

happy momsday
There’s this little pamphlet put out as a public service — well no, as a private service actually, you probably never saw one unless you’re in retailing — and it contains some clever humor, though I doubt the publishers think so. Some months ago I wouldn’t have thought it funny at all; disgusting, rather. But time brings all things, including perspective. And from this distance I want to mention a few of the morsels from “Special Days, Weeks, and Months in 1957”, published by the Chamber of Commerce of the U.S.

There is both a chronological and an alphabetical list of these special occasions, and the alphabetical list gives the sponsoring organization and the purpose of the event. The wording of these purposes is interesting. For instance, the purpose of National Education Week is “To create awareness…of the important role of education…” National Family Week is meant to “…emphasize the contribution of religion to the family…” Kids’ Day: “To focus attention on youth.” National Salvation Army Day: “To acquaint the American people with the work of the Salvation Army.” Purposes of other observances are “To enhance…public appreciation of”, “To further public interest in”, “To emphasize”, “To inculcate”, “To Stimulate”, “create”, “acquaint”. Get it?

Here are these hundreds of organizations like the Popcorn Institute and the Swim for Health Association and the Mayonnaise and Salad Dressing Manufacturers Association. They’re all promoting their own pet project, like National Ladder Month and Save the Horse Week and Old Maids’ Day, flooding the media with literature and pictures and material and presumably working like crazy to engineer public consent. Are they a Menace? Are they practising another form of brain-washing? Or are they just a bunch of noisy but harmless little insects whom it is best to ignore?

I dunno. But I think I’m going to start my own special observance. It’ll be called Stop Tinkering With My Brains Year, and when it’s over I’ll declare it again. If anyone wants advice and material on setting up this observance in his own locality don’t write me. You’ll only get nasty remarks about people who don’t want to do their own thinking.

Now I must go sneer at some TV commercials. Take it away, Vance Packard.

Links to the descendants of the organizations & celebrations Dad mentions added by me, of course. 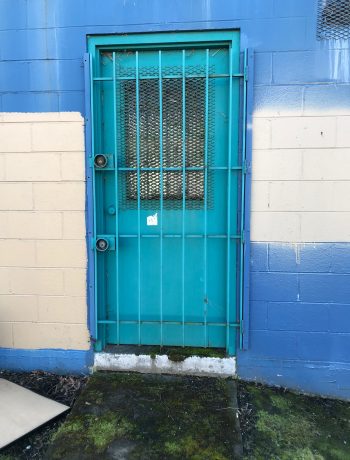 Is “recursive” the word I’m looking for?