Home from ALA, but not yet sufficiently coherent to compose a proper report. Until then: I took some pictures in Chicago. As usual, they are of objects rather than people. 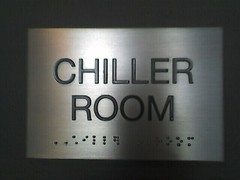 Despite what you might think, this was not next to the Chill Room. 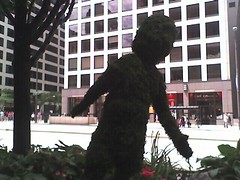 There are a bunch of these on the Miracle Mile, children playing various sports. I found them creepy in the extreme. 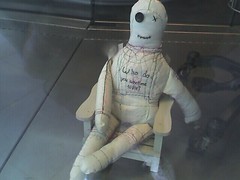 At a gallery near the Artist’s Cafe. This, conversely, I find endearing. 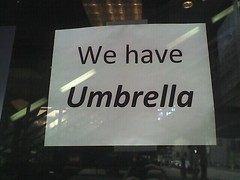 I’d been wondering where it was. 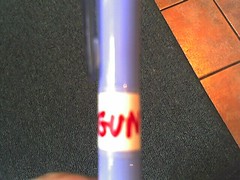 Label perhaps added for those who might have assumed from appearances that it was a pen. 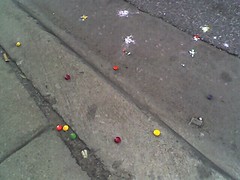 The tragedy of dropped candy. (Not mine. I just came upon it and decided to document.)

Other folks who went to ALA and have recovered more than I have, what was most memorable for you?

July 15, 2009 By Sara
Why yes, I am going to Chicago. Four things that shocked me when I learned of their existence.