Friday began with another long ride on the G, followed by an awkward interval of attempting to navigate to Cafe Grumpy Greenpoint via my phone’s GPS while simultaneously holding an umbrella that kept blowing inside out. But I managed to follow the little slow-moving blue dot on the screen to my red destination. Cafe Grumpy felt like home: the artwork, space, crowd, and  rain outside all contributing to the Portlandish vibe. Had a productive and thoroughly enjoyable writing-and-catching-up date with Liz Braswell, after which we had lunch at Eat, where everything is sourced within a hundred miles of the restaurant.

Back on the G to Fort Greene! Still in a writing mode, I went to the cafe next to Greenlight and did a bit more work. (Friday was my Maximum Caffeine Consumption day of the week.) 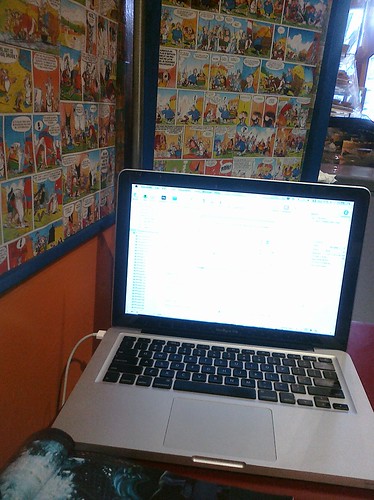 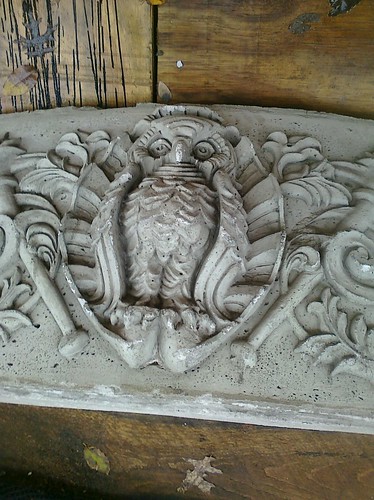 (The owl is waiting to be re-mounted; the store is expanding.) 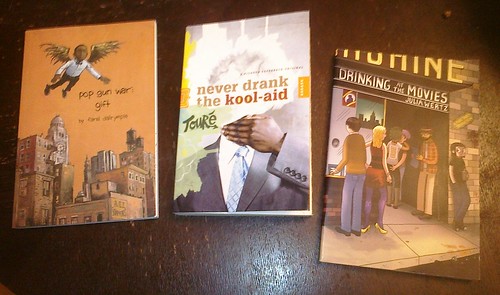 A seeming tangent that isn’t: all week I’d been using the audiobook of Pattern Recognition as my bedtime story. I’ve read it multiple times, but I found it especially appropriate for a week in New York when all conversations and connections were punctuated by intervals of urban anonymity that made me feel like one of Gibson’s characters. Stricken with insomnia on Thursday night, I’d spent some time Googling brands referenced in the book.

So after my Greenlight pilgrimage I stopped in at an intriguingly plain boutique. Among the exquisite items I admired but could not afford were wallets made by Porter Tokyo, which partnered with Gibson on a bag modeled on the one he describes Cayce Pollard as carrying.

One more G ride back to my home base, where my gracious hosts were handling a flooded basement — result of the really quite relentless rain — with slightly frazzled aplomb. Under the circumstances I suggested that we order some authentic NY pizza. We did, then went down the street to pick up other important dinner components such as ice cream. We did not purchase this kind but were amused and somewhat appalled to learn that it existed: 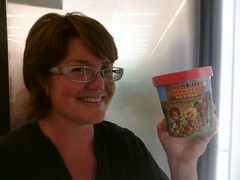 Are you supposed to eat it while playing the game?

Later, I read Drinking at the Movies, which I very much enjoyed, and the day came full circle when I got to the part where she references Cafe Grumpy.

Friday was my last full day in New York, so it will be my last post about the week, even though I keep remembering things I left out. But I feel compelled to mention that the very last cafe I visited — as those of you who follow me on Twitter may recall — was serving Portland’s own Stumptown Coffee. 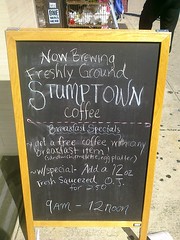 Thank you, Dan from Medford