Times Out Of Mind 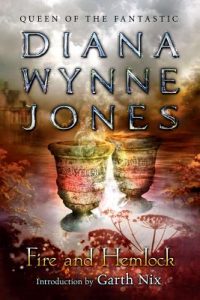 Diana Wynne Jones almost made me miss my flight.

I was so entirely inside FIRE AND HEMLOCK that it was only the final boarding call that managed to penetrate my consciousness.

Are you surprised that I was reading it for the first time? Me, too. But somehow I grew up without discovering her work, and somehow, although I heard many times how amazing a writer she is, was, is — somehow I’d only read THE TOUGH GUIDE TO FANTASYLAND, which, while excellent, is a different sort of project altogether.

I need to tell you that these days it’s hard for me to fall into books. It’s hard to repress a reverse-engineering, how’d-they-do-that style of reading after I’ve spent years honing my ability to pay that kind of attention.

But FIRE AND HEMLOCK felt simultaneously unpredictable and inevitable; like I wasn’t reading, I was dreaming. When I heard that boarding call I was angry, like anyone would be if you woke them up from a dream. And it was the wonderful kind of dream where you feel like you’re learning important things about life and yourself and the world. Not directly, not by someone telling you flat out This is how things are, but by swimming through experiences like a deep-sea diver.

FIRE AND HEMLOCK tells you, slantwise, how to be a writer:

Things seemed to make themselves up, once you got going.

You mustn’t ask it to bits.

What they mean by ‘iron nerve’ is the same as a thick skin.

You have to learn not to notice how silly you feel.

FIRE AND HEMLOCK is also about memory.

Polly gets her memories back.

Until she does, though, and until she understands what she needs to do, she feels a frantic sense of loss.

I’ve felt that loss again and again the past several years, as I’ve watched both my parents’ memories fail, knowing there’s nothing I can do to restore them. The plane I was waiting to board was going to take me home after a stint of that watching.

You could say that I needed an escape, and FIRE AND HEMLOCK provided it. But like a dream, it was singular and strange and deeply familiar at once. And even though the book seemed to be about other people, Diana Wynne Jones’ skill made me feel like it was for me.

How do we keep our memories? The ultimate answer, of course, is that we can’t. As I was writing this, I found out my childhood home was up for sale. My room,  that was pink and then, when I was a little older, cream, with the maps of Narnia and Middle-Earth and that one poster with the violin and the rose, and the other one with the bicycle, and the bookshelves, and the window that faced the street that made me love the sounds of cars driving by and the shapes their headlights made on the wall — this is what it looks like now: 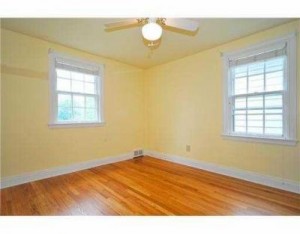 I won’t be in that room again. But writing about it makes it, somehow, present, even though now all the time I spent in it almost feels like a dream.

It’s exactly that space, between memory and dream, that FIRE AND HEMLOCK occupies, and why it’s so perfectly a book about stories as well as everything else it is. And I haven’t even talked about the ballads, or the books Polly reads, or the stories the characters tell each other.

I’m sorry that I’ll never meet Diana Wynne Jones. But I’m extremely grateful that I can know her, through FIRE AND HEMLOCK and the other books I have yet to read, and reread.