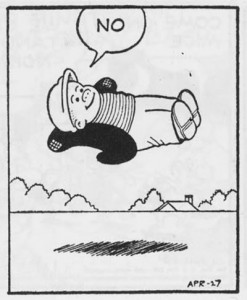 A while back I wrote a post called Saying No and Saying Yes, about how hard it is to turn down invitations, whether they’re social or professional.

I turned another one down this past week. It made me think again about why it’s so hard. I wrote then:

An invitation suggests that the sender values you and/or your work, and for that reason alone, it can be hard to turn one down. And when you say yes, you almost always get additional positive feedback: so glad you’ll be able to participate! can’t wait to see you! looking forward to your contribution! Etc.

When you consider turning down an invitation, it’s hard not to worry about the implications of the refusal. If it’s a professional request (especially one with $$ attached) you might face the traditional freelancer’s fear that if you turn down work, you won’t get offered more work ever again. If it’s a social invitation, you might worry about giving unintended personal offense by your absence. But if you keep saying yes to new things, you necessarily limit the energy and time you have left for everything that’s already a part of your life.

While I agree with what I wrote in 2009, I also think I left something out of my analysis. We’re trained — and by ‘we’ here I somewhat mean everybody, but I especially mean the female-socialized subset of everybody — that we should do useful things with our time.

How do you know if a thing you’re doing is useful?

So if someone else says they want you to do a thing — and that they want YOU, specifically, to do it, because of your unique talents — it is difficult not to decide that yes, absolutely, you should do that thing, right away. Because you’re needed!

In other words: saying no can feel really selfish. And arrogant. Really? You think the manuscript you’re working on is so important that you can’t (fill in the blank) for this incredibly worthy (person/organization)? Who do you think you are?

And if you’ve spent a lot of time getting that external validation by doing things other people want you to do, it can also feel scary to say no. Because saying no means turning away from something you know you’ll be rewarded for in favor of doing something that may not feel rewarding for a long time.

So how do you do it? In the case of my most recent refusal, recognizing two things helped:

Semi-related: Katie Lane has an excellent post on how to say no to doing things for free: “How to Not Die From Exposure“, and Mette Harrison has wise words about how to define success as a writer (hint: not by what other people think).

But as hard as it is to do, saying no isn’t the point.

You say no in order to grant yourself more time.

Once you carve out time by saying no, you need to fill it with what you wanted the time for in the first place, and avoid the infinite sidetracks that will immediately present themselves; like housework, or blogging.

May 21, 2012 By Sara
If you hate yoga you might not want to read this. In case you thought I had stopped going to estate sales

Some tributes to Bridget Zinn

Life Gets Better Together 4/13

The great thing about writing advice