Everything changed when the Fire Nation attacked: storytelling lessons from Avatar the Last Airbender 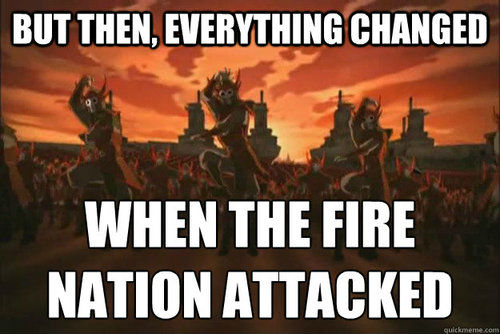 I’d been hearing praise for Avatar: the last Airbender (link is to the show’s Wikipedia entry, so if you’re new to the show, ‘ware spoilers) for a long time before I finally started watching. Once I did, I couldn’t stop. As with other shows with which I’ve become obsessed, I was simultaneously enjoying it as a fan and learning from it as a writer.

Good research builds better worlds. The Avatar creators drew inspiration from multiple sources. (This article attempts to catalog them.) One example: the central conceit of the world is bending; martial arts involving the ability to manipulate air, water, earth, or fire — or in the case of the Avatar, all four elements. Each style of bending is inspired by a real-world martial art. As a result, the styles are both internally consistent and quite distinct from each other, and this makes bending itself seem more real. (Real enough that there are numerous ‘airbending lesson’ videos on YouTube.)

Shifts in tone can work. Sometimes Avatar is deeply goofy. Sometimes there are dramatic action sequences. Sometimes it’s poignant. Often, it’s all three within a single episode. It works because the shifts feel genuine, not jarring. Humor cuts tension, action sequences ratchet it up again, and poignant moments strengthen the viewer’s connection to the characters.

An intergenerational cast expands your options. Although most of the main cast members are young, there are important older characters, most notably Iroh, Prince Zuko’s uncle. Iroh’s age gives weight to his role as a mentor and provides a stronger link to the world’s history, for the simple reason that he’s lived through more of it. Iroh embodies the capacity for change and growth that other characters eventually learn.

Callbacks are a fine way to reward fans’ attention. ‘Callback‘ is one of my favorite terms of art. It comes from standup comedy, and it means a joke that refers to a previously established joke or premise. Avatar does this to notable effect with a variation on the Fruit Cart trope. 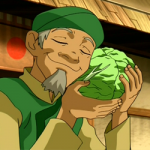 You can’t go wrong with a flying bison. Admittedly, you can’t put a flying bison in your own writing unless a. you work for Nickelodeon, b. you are writing fanfic or c. you are Gene Yang. But by extension: animal characters, particularly animal characters that fulfill multiple functions — Appa’s include but are not limited to transportation, defense and emotional support — can add warmth and depth. 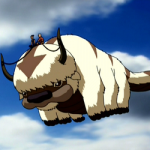 But none of these lessons work unless you combine them, as Avatar does, with the most important one: respect your audience.

February 4, 2013 By Sara
Interview with Gordon Dahlquist, author of The Different Girl Away, away